Ted Cruz Is Sorry For His New York Comments ... Maybe 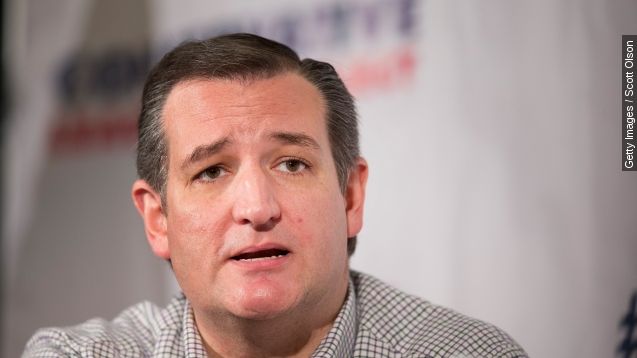 SMS
Ted Cruz Is Sorry For His New York Comments ... Maybe
By Samantha Crook
By Samantha Crook
January 16, 2016
Ted Cruz "responded to demands from liberal politicians" and sort of apologized for what he said about New York during Thursday's debate.
SHOW TRANSCRIPT

"I apologize to the millions of New Yorkers who have been let down by liberal politicians in that state," Cruz told the press.

"So, that was an interesting apology," an anchor for WABC said.

Some politicians demanded an apology after Cruz's comments at the Republican debate.

"Everyone understands that the values in New York City are socially liberal, are pro-abortion, are pro-gay-marriage, focus around money and the media," Cruz said at the debate hosted by Fox Business.

"That was a very insulting statement that Ted made," Trump said during the debate hosted by Fox Business.

He brought up a Trump interview from 1999 where Trump explained why he was leaving the Republican Party at the time.

"I really believe the Republicans are just too crazy Right. I mean, what's going on is just nuts," Trump said in a 1999 "Meet the Press" interview on NBC.