Ted Cruz Is Not Winning Miss Congeniality At The RNC 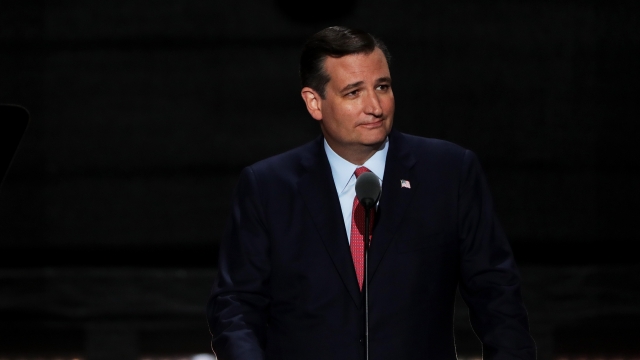 SMS
Ted Cruz Is Not Winning Miss Congeniality At The RNC
By Eugene Daniels
By Eugene Daniels
July 20, 2016
After not endorsing Donald Trump during his speech, Cruz received a whole lot of boos.
SHOW TRANSCRIPT

Ted Cruz is not the most popular person at the Republican National Convention this week.

The Texas senator spoke Wednesday but wasn't there to praise GOP nominee Donald Trump — Cruz was probably never going to endorse the billionaire. But this is the line that seemed to piss everyone off.

SEE MORE: If Trump Wins, Mike Pence Might Basically Be The President

"Vote your conscience, vote for candidates up and down the ticket who you trust to defend our freedom and to be faithful to the constitution," Cruz said.

The booing never really stopped and was followed with chants of "We want Trump!" To his credit, Cruz tried to power through, saying, "I appreciate the enthusiasm of the New York delegation."

The awkward moment only got worse — Trump entered the arena amid a lot of booing and a non-endorsement.