Ted Cruz Gets Called Out For Misleading 'Voting Violation' Mailer 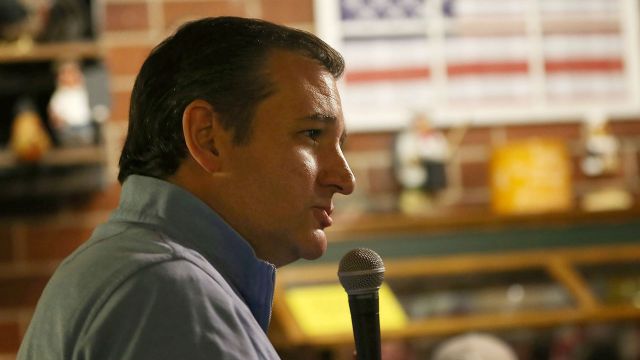 SMS
Ted Cruz Gets Called Out For Misleading 'Voting Violation' Mailer
By Kaileen Gaul
By Kaileen Gaul
January 30, 2016
Ted Cruz sent out a mailer telling Iowans their neighbors would find out if they choose not to caucus.
SHOW TRANSCRIPT

Sen. Ted Cruz's campaign is facing backlash for sending out mailers that appeared to be a public document saying Iowan's would basically be publicly shamed if they chose not to participate in the caucus. The document showed people with voter scores and grades assigned to how often they voted.

It's titled "Voting Violation," and reads "You are receiving this election notice because of low expected voter turnout in your area. Your individual voting history as well as your neighbors’ are public record.  Their scores are published below, and many of them will see your score as well. Caucus on Monday to improve your score."

Here's the problem: a voting violation for not participating in caucus doesn't exist. And it didn't take long for a state official to set the record straight.

Iowa's Secretary of State, Paul Pate, said in a statement "Accusing citizens of Iowa of a ‘voting violation’ based on Iowa caucus participation, or lack thereof, is false representation of an official act." (Video via Paul Pate for Iowa)

Cruz's fellow presidential candidates were not thrilled at his tactics either. Rand Paul tweeted Pate's statement saying the mailers were "tactics of a career politician." (Video via Ted Cruz)

According to Pate, whether or not someone votes is public record but are only "available for purchase for political purposes only." But caucuses are a bit different; they're organized by state political parties and in Iowa, caucus participation isn't recorded or made public.

Cruz's campaign was probably aware of this, since former Iowa Secretary of State Matt Schultz is chairman of his Iowa campaign. Schultz said in a statement "Our mailer was modeled after the very successful 2014 mailers that the Republican Party of Iowa distributed to motivate Republican voters to vote."

This isn't just a Republican tactic. In 2014 New York residents received a similar letter from the New York State Democratic Committee. Those letters weren't for a caucus and didn't claim to assign grades to voters.