Ted Cruz Denies Allegations Of Infidelity: 'It's Simply Not True' 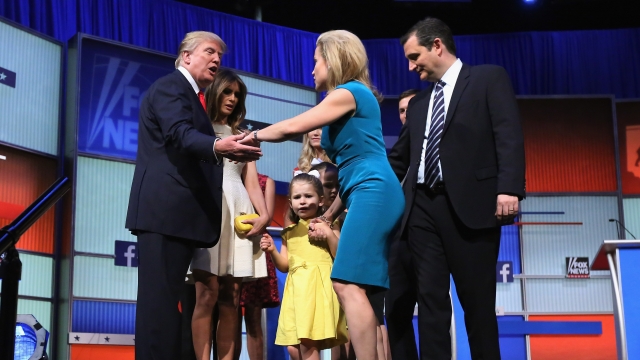 SMS
Ted Cruz Denies Allegations Of Infidelity: 'It's Simply Not True'
By Newsy Staff
By Newsy Staff
April 5, 2016
The National Enquirer accused Ted Cruz of having extramarital affairs, which he has denied.
SHOW TRANSCRIPT

"It's simply not true. I have always been faithful to my wife. I love my wife. She's my best friend in the world," Cruz said.

The question came after tabloid the National Enquirer accused Cruz of cheating on his wife. Cruz blamed the accusations on Republican front-runner Donald Trump.

"This is the kind of garbage the Trump campaign engages in. You know why? Because they can't debate substance," Cruz said.

Both candidates' wives have been dragged into the fray recently, as Cruz and Trump have gone back and forth on Twitter.