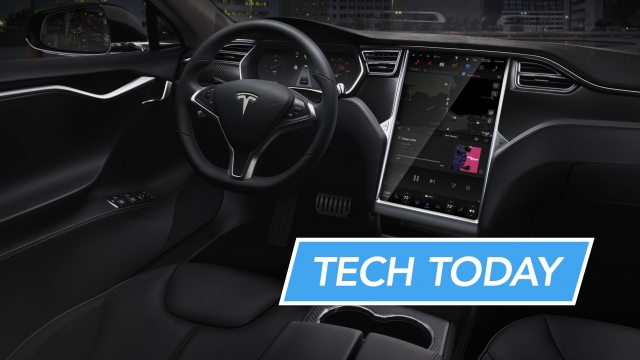 Tesla's making a slight adjustment to its Summon feature, that nifty trick that lets Tesla owners move the vehicle without anyone inside.

Consumer Reports ran its typical battery of tests and determined the feature could be safer: "As we used the system, we became concerned that, in an emergency, a user might not be able to stop the car right away if they were to press the wrong part of the key fob ... or if they dropped the key fob."

Tesla has since acknowledged the concern. It's updating the feature with a dead-man's switch of sorts: Summon Mode will be updated so that it can only be triggered via Tesla's smartphone app, and it'll only work as long as the operator has a finger on the screen.

If you're tired of slow Internet speeds, just become a scientist. A group of researchers at University College London transmitted data at an astounding 1.125 terabits per second.

That really doesn't mean much until it's put into perspective, so the lead researcher put it like this: You could download the whole "Game of Thrones" series in a second.

For their next trick, the team will see what kind of speeds they can get over a long-distance transmission.

Speaking of tricks, LG's PR team tried one of their own.

The company has yet to reveal its latest flagship Android device, but that hasn't stopped it from announcing a cover for it. The cover makes it possible to take calls and perform other simple functions without opening the case.

LG writes in its press release, "[We] took the wraps off a new version of [the] Quick Cover case, designed specifically for LG's next generation flagship smartphone, LG G5, which does not yet exist."

Yeah, so there's that. Thanks so much for watching. We've got the latest tech news coming up.

This video includes a clip from HBO / "Game of Thrones."