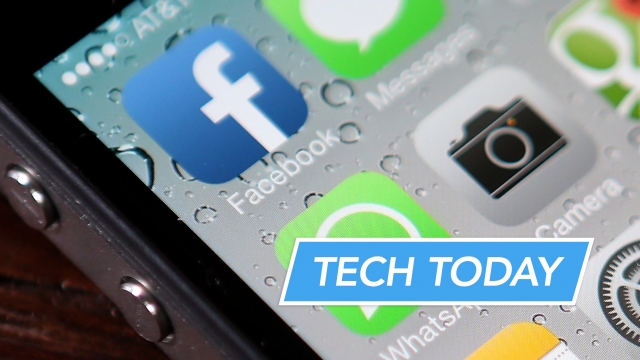 Google isn't the only company getting in on the inexpensive virtual-reality game. Turns out McDonald's Sweden has a Google-Cardboard-like VR headset of its own — and it encourages recycling.

After a child (or an adult — we're not judging) finishes a Happy Meal, the box can be converted into a headset with a few simple folds. McDonald's is even working on a VR game for the device. Bring your own phone, obviously.

Facebook's found itself facing off against the Brazilian government due to an investigation involving WhatsApp, the messaging app it acquired two years ago.

Fortune reports a company executive in Brazil has been arrested by federal police because Facebook didn't comply with court orders to hand over WhatsApp data related to an investigation. But the company says it provided all the information it could:

"We cooperated to the full extent of our ability in this case and while we respect the important job of law enforcement, we strongly disagree with its decision," the company said.

And in gaming news, Sony's taking a page out of Microsoft's playbook. The company is introducing a feature called Remote Play for PCs and Macs.

Much like the Xbox, Playstation 4 owners will be able to play games on their consoles remotely. Essentially, your Mac or PC becomes a second screen; processing still takes place on the console.

This video includes videos from The Verge and Sony and images from Getty Images.