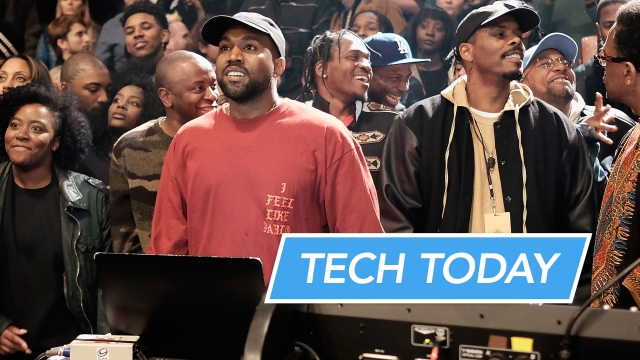 Tidal — that music streaming service you're probably not subscribed to — seems to have figured out what it takes to get people to check out its service.

Its solution: Kanye West. After his new album "The Life of Pablo" debuted exclusively on Tidal, Tidal ascended Apple's App Store charts. Last we checked, Tidal is the No. 1 free app in the U.S. store.

Now outside the U.S., iPhone users in China will likely be happy to hear Apple's contactless payment system, Apple Pay, will reportedly be launching soon.

The company is expected to take Apple Pay live on Feb. 18. Apple's payment system is currently available in the U.S., U.K., Canada and Australia.

Do you own a Samsung Galaxy S6 or S6 Edge? Well, your patience hasn't gone unnoticed.

Samsung is rolling out the latest version of Android to those who own its flagship phones. Android 6.0 Marshmallow debuted on Google's own Nexus devices in late September last year.

Using a non-Nexus device means waiting an indeterminate amount of time until the phone's manufacturer decides to push the update. We know where our priorities lie.

Hint: It's in timely updates.

This video includes a video from Samsung.