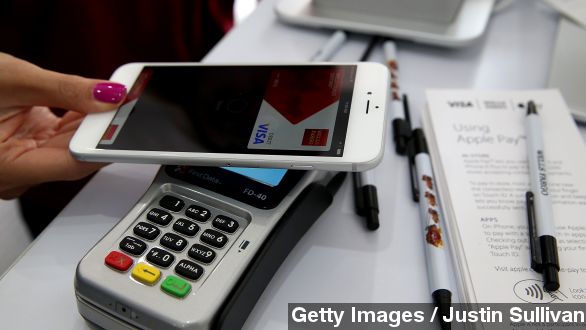 Let's face it: The holidays are only getting closer. But if you don't want to resort to measures like these to finish off your shopping list ...

"One of my most proven shopping methods is reverse psychology … or is it?" a Black Friday shopper in a Target commercial says.

… new features from several major tech companies might have you covered.

First off, if you're looking for something a little more one-of-a-kind, Amazon's new "Make an Offer" feature might be the way to go. (Video via WXFT)

Rolled out Tuesday, the new feature allows shoppers to make a counteroffer — basically haggle — with a seller for a lower price.

Currently, the option is only available on about 150,000 sports and entertainment collectibles, coins and fine art items — and the seller has three days to accept or reject a bid.

Hmm. "Make an Offer." Why does that sound familiar?

Next up, if you've ditched the wallet for Apple Pay, you now have a few more places to pay with your smartphone.

Banks like SunTrust and Commerce Bank, Staples, and even the Amway Center — where the Orlando Magic play — will accept Apple Pay at concession stands.

According to The New York Times, the service now backs the cards that make up about 90 percent of credit card purchases in the U.S.

If you've managed to cross every name off your list and you just want to sit down for a meal with friends, Google can now help you avoid the dreaded splitting of the bill.

With the iOS version of the app, users can divide their check as many ways as needed — among dinner company who happen to be in their contacts.

According to Engadget, those guests can still decline their portion of the bill, though, so be sure you don't get stuck with it.

Finally, if after all of that you're still struggling to get that last-minute item, Amazon has one more way to help you out. (Video via ABC)