'Team Refugee' Will Compete At The 2016 Summer Olympics In Rio 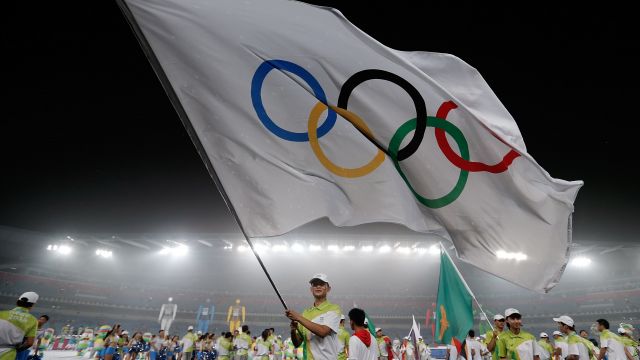 SMS
'Team Refugee' Will Compete At The 2016 Summer Olympics In Rio
By Matt Moreno
By Matt Moreno
March 3, 2016
International Olympic Committee officials say about five to 10 refugee athletes are expected to compete in the Olympic Games in Rio de Janeiro.
SHOW TRANSCRIPT

A team of refugees will compete at the Summer Olympics in Rio de Janeiro after getting approval from the International Olympic Committee.

IOC President Thomas Bach made the official announcement late Wednesday, saying Team Refugee Olympic Athletes (ROA) will be made up of United Nations-verified refugees and "treated like all the other teams."

While 43 prospective athletes have been identified for the team, IOC officials say there will likely be between five and 10 athletes competing under the Olympic flag. The athletes would be given funds to train for the games.

The decision comes as the world is in the midst of a so-called "global refugee crisis." A surge of people are fleeing war-torn countries in the Middle East and heading mainly to countries in Europe.

It's an unprecedented move for the IOC, which has never featured an all-refugee team.

In December, an IOC official identified three potential refugees as Olympic athletes: a swimmer from Syria now in Germany, a judoka from Congo now in Brazil and a taekwondo fighter from Iran now in Belgium.

This video includes clips from the International Olympic Committee, Voice of America and NBC, and images from  Getty Images.