Tax Burdens By State: Where You'll Pay The Most, Least 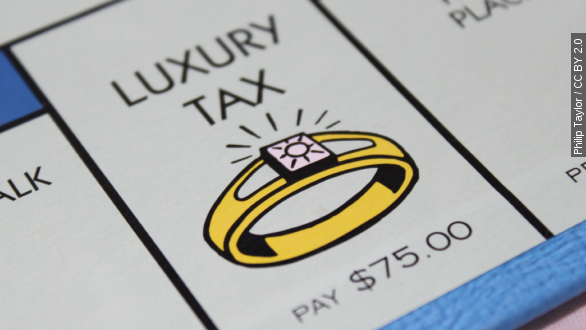 SMS
Tax Burdens By State: Where You'll Pay The Most, Least
By Danny Matteson
By Danny Matteson
April 9, 2015
A new report from WalletHub says the states with the lowest tax burdens tend to be on the West Coast.
SHOW TRANSCRIPT

They say the only sure things in life are death and taxes. One other fairly certain thing? People hate paying taxes.

So what to do if you want to pay a little less to Uncle Sam? According to new data, move west.

A new report from personal finance website WalletHub says those states with the lowest tax burdens tend to be on the West Coast — states like Alaska, Montana, Wyoming and Nevada.

The "Last Frontier" state, Alaska, actually sits at the top of the list in terms of lowest tax burden. That's likely due to its ranking across several of WalletHub's metrics. (Video via State of Alaska)

Next up, though not on the West Coast, is the "Liberty and Independence" state of Delaware.

Rounding out the top five for lowest tax burden were those other Western states we mentioned — Montana, Wyoming and Nevada.

Outside of its four main categories, the report also got into a few more specific taxes. In terms of gas tax rates, Alaska again won out with the lowest.

Your exact geographic location isn't the only factor determining your tax rate though. The political powers that be in your state might also play a role.

As WalletHub writes in the report, they came to their conclusions by analyzing “how state and local tax rates compare to the national average in the 50 states as well as the District of Columbia.”

You can read the full report at WalletHub.com.