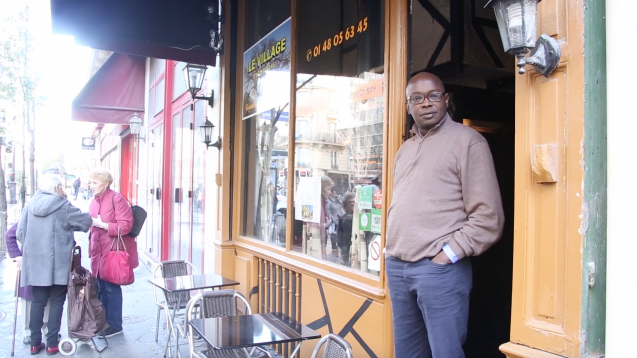 Paris’ 10th and 11th Arrondissements are a multicultural melting pot. And locals say that’s likely why ISIS attacked it.

“This is where Parisians live," Lifelong resident Charlotte Medinger said. "It’s not like a touristic area where you just walk around and stuff. This is, like, real Paris.”

"And in recent years, it became very trendy," Zissman said. "A lot of hipsters, these kinds of people came.”

"Their target were the cafes, so I think they planned to attack young people," shopkeeper Angelique Jourdrel said. "They attacked freedom and alcohol consumption because they do not tolerate this."

ISIS hates multiculturalism and diversity. As they’ve made clear in broadcasts and publications, their goal is to separate out Muslims and Christians. Muslims here say that’s likely why this diverse district was attacked.

"There isn’t a war between the community," Diop said. "I have never felt an ounce of racism in this neighborhood."

And locals say they’ll keep living the way they always have.

Rebecca Zissman and Cyril Peter contributed to this report.