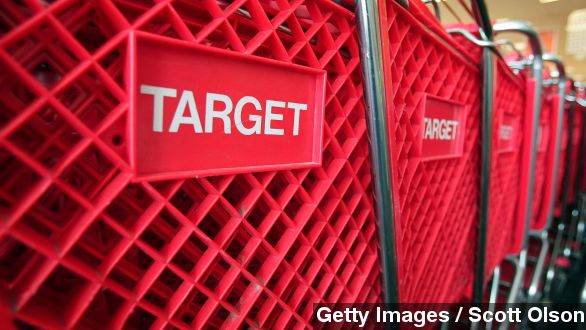 SMS
Target To Pay $10 Million Settlement In Data Breach Lawsuit
By Jamal Andress
By Jamal Andress
March 19, 2015
Target has agreed to pay $10 million in a settlement to those who lost money in the data breach, although not everyone affected will receive money.
SHOW TRANSCRIPT

Target’s data breach back in 2013 compromised the personal information of more than 110 million of the company’s shoppers. Despite Target’s efforts, the retailer was sued for the breach a few months later.

Now, Target has agreed to pay $10 million in a proposed settlement to the customers who lost money in that breach.

Customers are eligible for up to $10,000 in damages each if they can prove they lost money due to the breach.

Now, for a breach that affected more than 40 million accounts and 110 million customers' personal and credit card information, $10 million might seem a little small, especially if Target is giving out $10,000 at a time. For example: If everyone who filed a claim got the full amount allowed, Target could only pay 1,000 people.

But KARE-TV in Minnesota spoke with an economics professor who says, "Many customers will likely not be able to prove that they lost money due to hacker activities. This is common … There must be very clear proof of actual harm."

According to the settlement, to prove they lost money in the breach Target customers will need documentation for one of the following:

-- Unauthorized charges on their credit or debit card

-- Fees to hire someone to correct their credit report

-- Higher interest rates or fees on the accounts

-- Credit-related costs, such as credit monitoring

But the settlement is not quite official yet. It still needs federal court approval before it goes into effect. The settlement also calls for Target to appoint a chief security information officer and maintain a written program that assesses security risks. (Video via Target)