Target Is Stripping Its Shelves Of Creepy Clown Masks 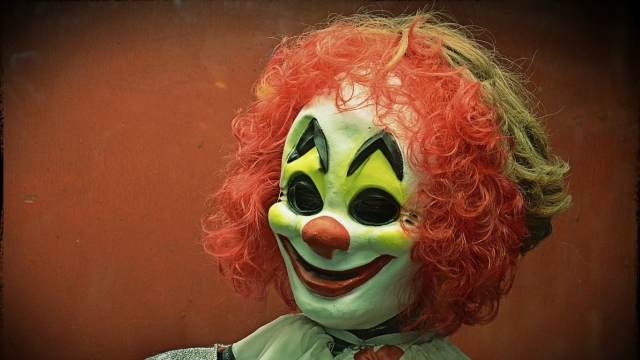 SMS
Target Is Stripping Its Shelves Of Creepy Clown Masks
By Lindsey Pulse
By Lindsey Pulse
October 17, 2016
With reports of clowns terrorizing people across the country, Target decided to pull clown masks from its stores.
SHOW TRANSCRIPT

If you were hoping to dress up as a clown this Halloween, you'll have to find your costume somewhere other than Target. The retail giant has pulled clown masks from its stores.

A Target representative said the decision to pull the masks was made out of "sensitivity to the issue at hand."

And if you don't know what that issue is, here's a quick refresher: Creepy clowns have been sighted across the nation and have kind of freaked people out.

It started in South Carolina in August. Clowns reportedly lurked around an apartment complex in Greenville and tried to lure kids into the woods.

One child told WSPA., "There were clowns running in the woods telling the kids that they had candy, and they would give it to them if they came there."

But it didn't end there. While a lot of these incidents appear to be senseless pranks, some encounters have been more threatening.

In Georgia, a group of kids were chased by clowns as they walked to school.

Authorities said none of the clowns made physical contact, but the kids were still pretty shaken up.

And after that, three people dressed as clowns reportedly dragged an Oklahoma woman out of her car and attacked her.

The masks aren't just gone from brick-and-mortar locations. If you search "clown mask" on the chain's website, the page doesn't show any.

An official told ABC the online selection has just been decreased, not entirely deleted.