Target Offers Free Shipping To Keep Up With The Competition 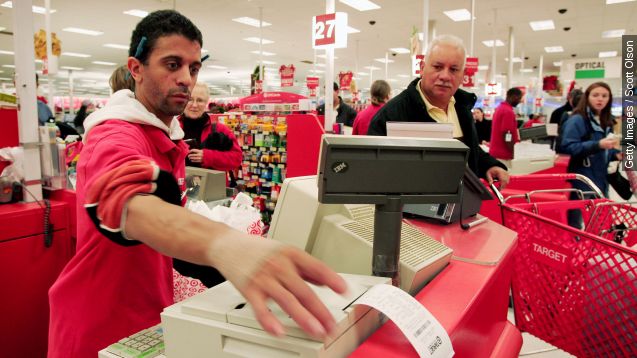 SMS
Target Offers Free Shipping To Keep Up With The Competition
By Carter Woodiel
By Carter Woodiel
October 30, 2015
Target wants a seat at the table with the e-commerce big boys, so it's offering free holiday shipping to try and boost its way up.
SHOW TRANSCRIPT

You may not realize it, but the holiday shopping season is just around the corner.

And Target, often bested by Wal-Mart and Amazon during the holiday roll-out, is trying to muscle its way into the online shopping conversation by offering free shipping on all U.S. orders. (Video via Winnipeg Free Press)

Target’s free shipping offer will last from the start of November until Christmas Day, sending online orders to U.S. residents for free with no minimum purchase. (Video via Target)

The move puts Target ahead of some of its biggest competitors regarding shipping discounts. Wal-Mart will be sticking to its $50 minimum required for free shipping, and Amazon still only offers free shipping to its Prime members. (Videos via Wal-Mart and Amazon)

Target CEO Brian Cornell has lofty aspirations for his company’s growth, saying he plans to see a 40 percent increase in Target sales for each of the next five years. (Video via USA Today)

He acknowledged, though, this goal won’t be easy given the competition Target is facing, telling The Wall Street Journal, "We’re going to have to fight for every dollar."

Target’s push for a place at the table with the big boys goes beyond shipping discounts.

The company is also tweaking its stores, where Cornell said shoppers had to "work too hard" to find what they want. To remedy this, Target's doing things like bringing in new mannequins in the apparel section and redesigning the displays in its homewares section. (Video via Target)

Target offered free shipping during the 2014 holidays as well, and saw a digital sales increase of 36 percent in the fourth quarter. But online sales have made up only 3 percent of the company’s business the first half of this year. (Video via Target)