Target Is Reportedly Raising Its Minimum Wage To $10 An Hour 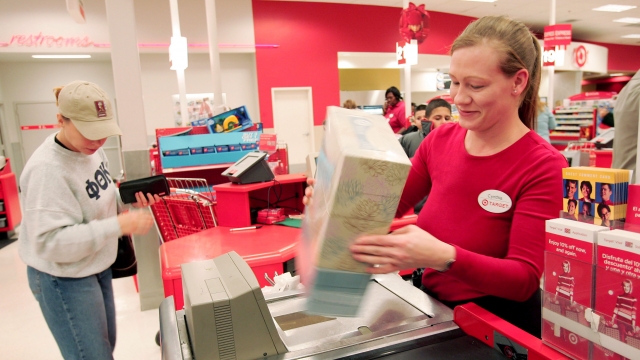 SMS
Target Is Reportedly Raising Its Minimum Wage To $10 An Hour
By Ben Lawson
By Ben Lawson
April 19, 2016
Target is raising its minimum wage as it faces increased competition from other retailers, and as low-wage workers fight for better pay.
SHOW TRANSCRIPT

Target is increasing its minimum wage to $10 an hour for all employees, according to multiple reports.

This comes as pay for lower-wage workers is becoming a hot-button topic throughout the country.

Protests held mostly by fast-food workers have called for the minimum wage to be raised to $15 an hour, and several cities and states across the country have already approved plans to do so.

And it's become an issue on the campaign trail, too, with Sen. Bernie Sanders calling for wage increases.

"All of our workers from coast to coast need at least 15 bucks an hour," said Sanders.

Target's reported pay hike also comes after Wal-Mart, one of its top competitors, made the same change earlier this year.

This video includes clips from WGCL and Wal-Mart, and images from Getty Images.