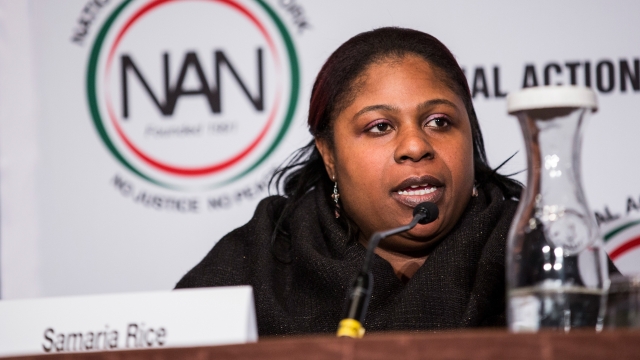 The City of Cleveland agreed Monday to pay $6 million to the family of Tamir Rice to settle a lawsuit over the boy's 2014 shooting death by police.

The family's attorney said in a statement, "Although historic in financial terms, no amount of money can adequately compensate for the loss of a life."

Rice's family filed the lawsuit weeks after the 12-year-old was shot and killed by police while playing outside a recreation center. Two officers responded to a call that there was a black male playing with a gun at the park. That gun turned out to be a pellet gun.

A grand jury chose not to press charges against the two officers involved in Rice's shooting, setting off protests nationwide about police violence and use of force.

The court filing for the settlement says there's no admission of wrongdoing and that the city and the officer who shot and killed Rice are, essentially, off the hook for his death. The city will pay the Rice family $3 million this year and $3 million in 2017.

This video includes clips from Newsy's partners at WEWS and CBS and images from Getty Images.