Take Time Off? Or Take Advantage Of Co-Workers' Time Off? 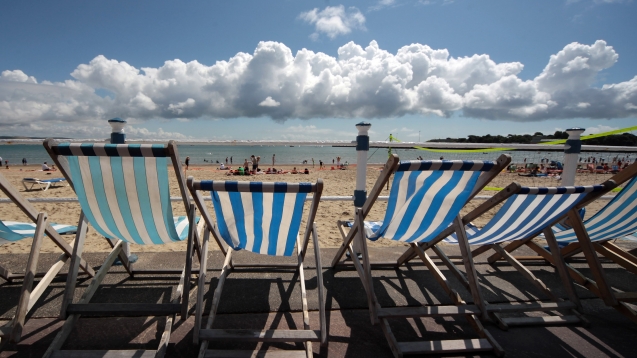 SMS
Take Time Off? Or Take Advantage Of Co-Workers' Time Off?
By Matt Patston
By Matt Patston
July 31, 2015
All work and no play? Or work hard, play hard? Research is divided on the effect of time off on productivity.
SHOW TRANSCRIPT

When the weather heats up, it's hard to avoid the temptation to take a week and enjoy the summer ... or is it? Or should it be?

Turns out, vacation time is more complicated, and less popular, than you'd think. People can't seem to agree on whether you should get out of the office during the summer.

Some research says we would be better off if everybody took a few weeks off in the summer — like everyone in Sweden can. (Video via Expedia)

A study from Uppsala University in Sweden shows the more collective a society's vacation, the happier and more productive the workforce is. Following that logic, yes, you should take a vacation in July and August, along with everyone else in your office.

Predictably, MasterCard has a whole ad campaign based around not skipping out on your vacation time.

"That's the stupidest thing I ever heard," one child in the ad says.

But others say to let those bums go to the beach; you can get more work done and impress your boss while they're gone.

This seems to be the prevailing view among new workers. An increasing part of the workforce leaves vacation days unused, opting to buckle down and work instead.

Obviously, there are factors to balance here. Maybe that's why nobody can relax about when they should relax.