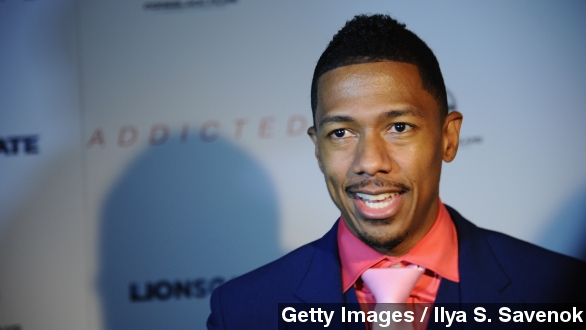 Love him or hate him, Nick Cannon is in demand right now.

Just a day after it was reported MTV2 is renewing Cannon's improv comedy show "Wild 'n Out," NBC has reportedly ordered a pilot for the series "Lifestyles of the Rich and Famous" — only with Cannon hosting instead of the distinctly-voiced Robin Leach. (Video via NBCUniversal / The Meredith Vieira Show)

According to The Hollywood Reporter, "The new version will focus heavily on Cannon's point of view and include fun profiles on ultra-wealthy individuals with vibrant personalities, hobbies and tastes." This might sound very familiar.

More than a year ago, Cannon was slated to host the Style Network's revival of "Lifestyles." I mean, The Hollywood Reporter used the same picture. But The Style Network later became the Esquire Network, and the reboot failed to get off the ground.

So, it seems if "Lifestyles" is going to be a thing for millennials, Nick Cannon had better be attached to it. But, no shade. Cannon's in high demand for a reason.

He's been the longest-serving host of "America's Got Talent." He's been around since season four, and the show was renewed for a 10th season earlier this year.

As for "Wild 'n Out," the show has been around since 2005 and just got picked up for a seventh season. So, an argument can be made in favor of Cannon's staying power.

Thirty-four-year-old Cannon told People that, despite his recent split with singer Mariah Carey, the key to staying happy is positively affecting others — even with a busy schedule. "That's why we all entertain, to put a smile on others' faces."

NBC has not said when fans of "Lifestyles of the Rich and Famous" can expect to see a pilot episode.