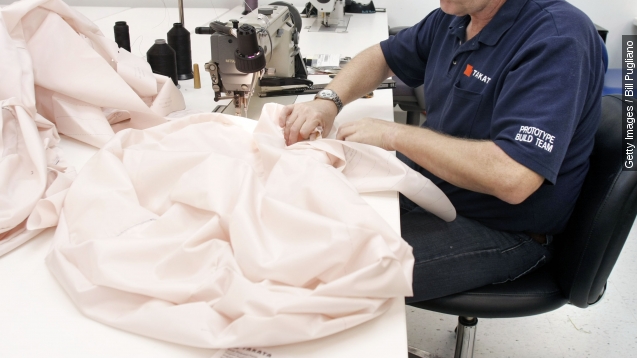 SMS
Takata Could Face $200 Million Fine Over Faulty Airbags
By Grant Suneson
By Grant Suneson
November 3, 2015
Japanese auto company Takata will be fined at least $70 million for deceiving regulators about issues with their airbags. And more fines could come.
SHOW TRANSCRIPT

Japanese auto parts company Takata could face a record fine for manufacturing faulty airbags that actually made car wrecks even more dangerous, and then covering up the defect to regulators.

"It provided incomplete, inaccurate and misleading information to NHTSA, to the companies using its inflators and to the public," U.S. Secretary of Transportation Anthony Foxx said.

The propellant should open the airbag, but instead can explode, sending metal fragments throughout the car. If the company doesn't fix the issue, the fine could jump to $200 million, the largest of its kind. (Video via CBS)

The NHTSA also issued a recall for all affected cars. It could impact close to 19 million vehicles from large manufacturers like BMW, Dodge, Ford and Toyota.

The faulty airbags are thought to be responsible for eight deaths and close to 100 injuries.

Takata will also be subject to federal oversight for five years and won't be allowed to start any new business using ammonium nitrate propellant.