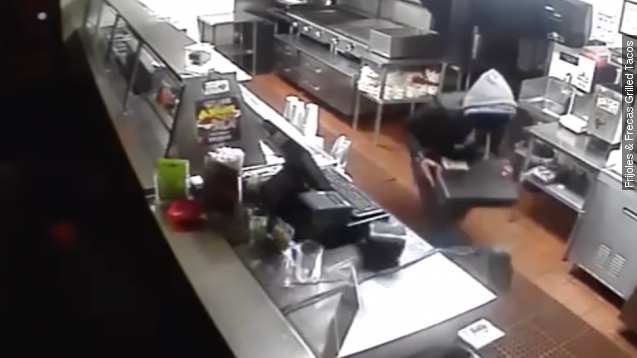 This is how you turn a burglary into a marketing opportunity.

The manager at Frijoles & Frescas Grilled Tacos in Las Vegas is asking for help in identifying the three men who broke into his store.

But he's doing it with this cleverly captioned surveillance footage of the robbery.

"We want to believe our food is so good people will break down the door to get it. I mean, I would. After watching the footage, I'm a little more convinced they were after cash," said general manager Greg Carlson.

Luckily, there was no money (or tacos) in the register. Authorities believe the men who committed this robbery also committed several others that night.