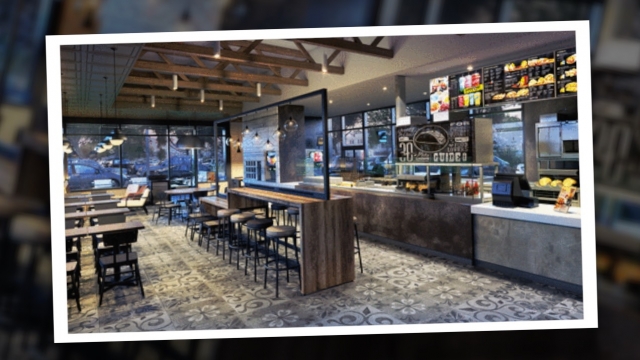 SMS
Taco Bell Hopes You'll Have Dinner At Its Sleek New Restaurants
By Ryan Biek
By Ryan Biek
May 18, 2016
The modern designs were created with the dinner crowd in mind.
SHOW TRANSCRIPT

Prepare for a culture shock. The ultrasleek, ultramodern restaurant you're looking at is actually a design for Taco Bell.

The fast food chain wants to swap out all things neon, fluorescent and cartoonish for LED lighting, energy-efficient heating and cooling, and reclaimed wood.

Four new designs will take over existing restaurants in Orange County, California, this summer, with a broader revamp planned this year.

Taco Bell's vice president of development and design told USA Today the changes were made with dinner in mind.

Most of its customers reportedly opt for the drive-thru, and the company hopes to compete with more modern fast-casual restaurants like Chipotle for sit-down sales.

Taco Bell hasn't been afraid to take on competitors over a meal, but the results have been mixed.

In 2014, the company added a breakfast menu to chip away at McDonald's dominance in the mornings. But a year later, breakfast still only accounted for 6 percent of Taco Bell's sales.

Sales may be on the rise this year, however, after Taco Bell doubled down and started offering a $1 Morning Value Menu.

As for dinner, Taco Bell started its transition to the more upscale last year when it opened two "Cantina" restaurants that even offer alcohol.

The company alluded to expanding the Cantina concept when it announced its four new modern restaurant designs.