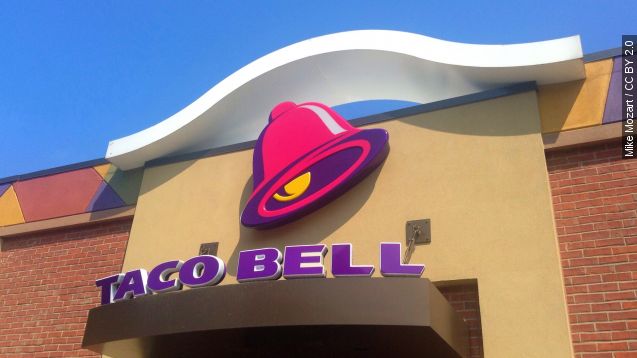 SMS
Taco Bell Employee Writes 'Pig' On Police Officer's Burritos
By Katie Link
By Katie Link
August 3, 2015
A Taco Bell in Newton, Kansas, is apologizing after an employee wrote "pig" on the wrappers of two burritos that a police officer ordered.
SHOW TRANSCRIPT

A Taco Bell wrapper is causing a huge uproar in an otherwise quiet Kansas town.

A police officer in Newton, Kansas, was surprised to find the derogatory term "pig" written on the wrapper of two burritos he ordered at a local Taco Bell.

"We're just individuals in the community like anyone else and would like the same respect you would give any other citizen," Police Chief Eric Murphy told KWCH.

The photo was posted on Facebook by someone unrelated to the police department, and it quickly went viral.

It got so much attention, the Newton police addressed it on Facebook, writing, in part, "We understand the incident was the action of an individual, and do not hold ill will to Taco Bell or any of its employees (even the individual who wrote the message)."

According to KAKE, the Taco Bell employee responsible was fired.

Taco Bell's senior director of operations issued a statement apologizing for the incident and announced plans for a community event with the Newton officers to show support.

This video includes images from Rusty Gillespie / CC BY NC 2.0 and Mike Mozart / CC BY 2.0.