Taco Bell Employee Caught With His Hand Down His Pants 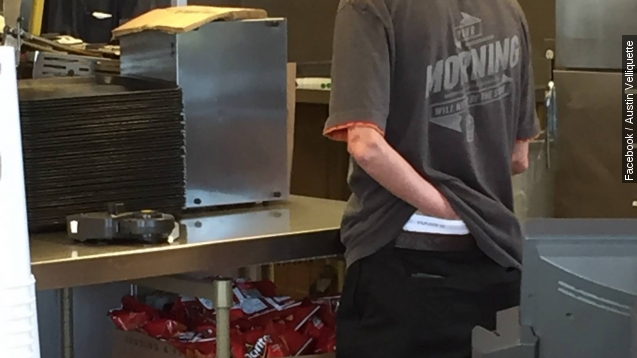 A Taco Bell worker was caught with his hand down his pants. Look at him. He's really diggin' in there.

The butt-rocious offense happened at a Sandusky, Ohio, Taco Bell.

The guy who snapped the photo decided to eat somewhere else. Totally fair.

The employee was fired, and Taco Bell told Newsy's partners at WEWS what happened was "unacceptable" and the person in the photo never touched any food with his butt hands.

Moral of the story: Don't put your hand down your pants — especially if you're working around other people's food.

This video includes an image from Facebook / Austin Velliquette and music from Kevin MacLeod / CC BY 3.0.