T-Swift Takes A Note From Kim Kardashian; Mobile Game Is On The Way 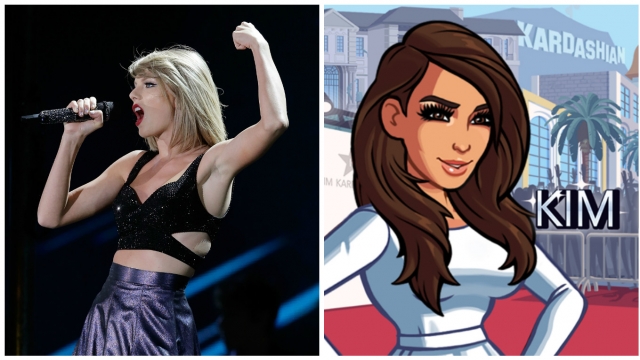 What is Taylor Swift doing post-tour? She's shaking off downtime and going full-blown tech titan. Swift is set to create a gaming app.

And I thought, "Oh my God. Look at that game. You look like my next update. Swift has an app. I wanna play."

Let's fill in the blank spaces for you. Swift is partnering up with Glu Mobile to develop the new game. That's the same company behind "Kim Kardashian: Hollywood," the reality TV star's wildly successful app that reportedly makes $700,000 a day.

Swift joins the ranks of Katy Perry, Nicki Minaj and Britney Spears — pop stars who've also produced mobile games where they can perform in the palm of your hand.

Glu said in a press release it's excited to bring on Swift's unique creativity and her more than 227 million followers on social media. We don't know exactly what to expect with the game other than "a new and highly differentiated mobile gaming experience."

Your wildest dreams will come true in late 2016. Glu Mobile says the app is slated for global release at the end of the year.