T-Mobile Thinks It's Changing The Industry With This New Plan 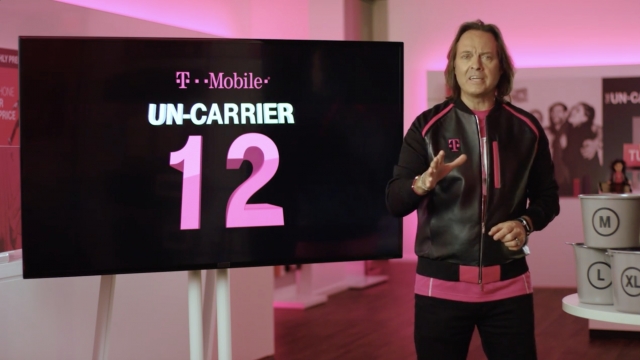 SMS
T-Mobile Thinks It's Changing The Industry With This New Plan
By Lindsey Pulse
By Lindsey Pulse
August 19, 2016
Sprint announced its plan to remove data caps on the same day.
SHOW TRANSCRIPT

"This is huge, this is historic, and this will change the industry forever," T-Mobile CEO John Legere said.

The company's CEO announced in a video blog on Thursday it's rolling out a completely unlimited data plan called T-Mobile One.

The plan starts at $70 per month for one phone line. Adding more phone lines lowers that price. It might sound like a good deal, but critics are saying that price tag is a bit steep for what the plan actually includes.

For starters, HD streaming doesn't come with the bundle. It's an additional $25 per month, which might be a problem for people who like to stream on their phones.

Couple that with an additional $15 a month for decent tethering speeds, and customers are looking at a significantly larger price tag than with the more restrictive plans T-Mobile had in the first place.

But the latest plan isn't the first of its kind like the company might have consumers think. Sprint announced it's removing data caps on the same day.