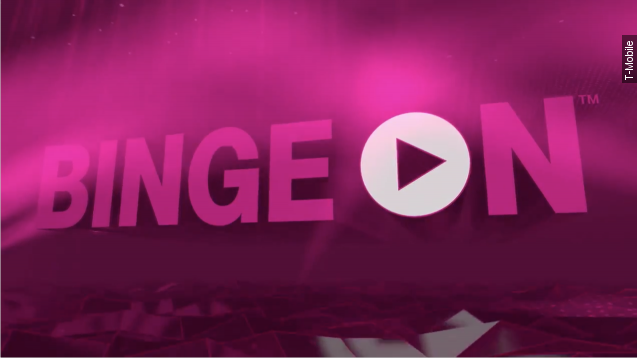 Well, the rumors were true. T-Mobile CEO John Legere announced Tuesday that the company is letting subscribers stream video on their mobile devices without using up their data plans. (Video via T-Mobile)

Which makes the streaming free — to a certain extent. And that's exciting, especially considering all of the big carriers that offer unlimited data actually cap or throttle plans around 20 GB. (Video via T-Mobile)

"We've optimized the video stream. ... This is DVD quality or better, but optimized not to use useless amounts of data," Legere said at the Uncarrier X Event.

The option to watch freely is called Binge On, and right now there are 24 streaming services participating. Legere said he'll accept every service that wants to hop on board — as long as they can meet the technical requirements. Whatever that means. (Video via T-Mobile)

Binge On is available to all current and new Simple Choice customers who pay for qualifying plans. (Video via T-Mobile)

Another bonus for T-Mobile subscribers, Legere said Simple Choice data plans are now double what they used to be. So if you paid for 1 GB a month, now you'll get 2 GB, and so on. (Video via T-Mobile)

This video includes an image by Geoffrey Fairchild / CC BY 2.0.