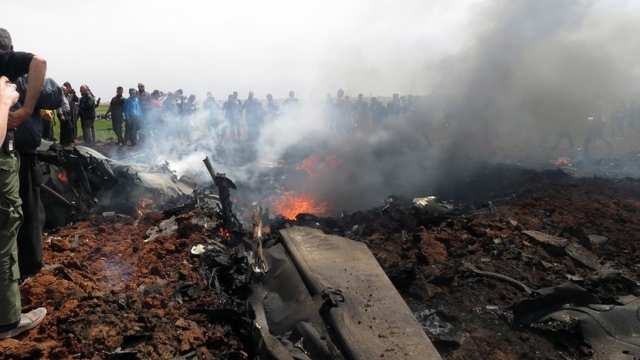 The plane crashed in northern Syria. While the pilot was able to eject safely, he was captured after landing.

Jabhat al-Nusra, Al-Qaeda's Syrian affiliate, claimed to have the pilot in its custody.

Syria's state news agency claims the jet was shot down with a surface-to-air missile.

It's pretty rare that rebels are able to shoot down any aircraft in Syria. That's mainly because they really just don't have access to any anti-air weapons.