More Than 2 Years Later, Syrian Rebels Take Back This City From ISIS 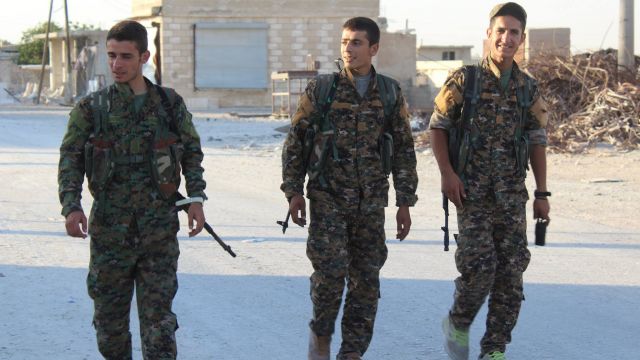 SMS
More Than 2 Years Later, Syrian Rebels Take Back This City From ISIS
By Matt Picht
By Matt Picht
August 13, 2016
U.S.-backed rebels battled the terrorist group for months to drive it out of Manbij, Syria.
SHOW TRANSCRIPT

ISIS seized control of the Syrian city of Manbij in January 2014. After a monthslong battle with the group, Syrian rebels have taken the city back.

The Syrian Democratic Forces, a coalition of Kurdish and Arab militias backed by the U.S., announced they had liberated the city and freed over 2,000 hostages ISIS was using as human shields.

SEE MORE: The Syrian Artist Who 'Paints On Death'

The city's civilians took to the streets in celebration. Men trimmed their ISIS-mandated beards, while one woman burned her niqab.

Since surrounding Manbij in early June, the SDF has been battling ISIS for control over the city's districts. The rebel forces were aided by U.S. airstrikes.

The capture of Manbij blocks off a key route between ISIS' Syrian territory and neighboring Turkey. U.S. officials say the coalition's next target is ISIS' de facto capital of Raqqa.