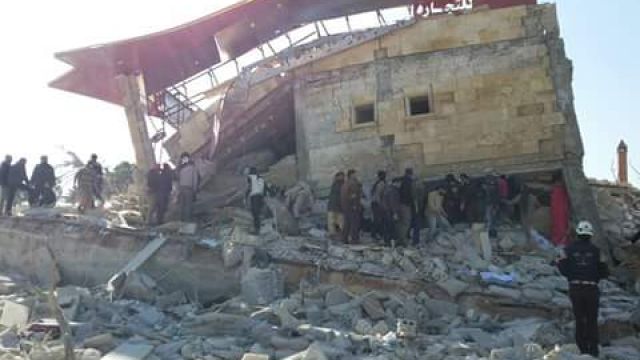 Three hospitals in Syria were hit by airstrikes Monday.

A hospital in Idlib province run by Doctors Without Borders was destroyed, killing at least seven.

The charity said in a statement the attack now leaves 40,000 people without access to medical services.

Also Monday, in neighboring Aleppo province, a strike on a children's hospital killed at least 14 and wounded 30.

No side in Syria's war has taken responsibility for the attacks, which come less than a week after the U.S. and Russia negotiated a so-called "cessation of hostilities."

Since September, Russia has been conducting airstrikes in support of Bashar al-Assad. Russia says it's targeting terrorists, including ISIS. The U.S. says the targets are often civilians.

"To adhere to the agreement it made, we think it is critical that Russia's targeting change,” U.S. Secretary of State John Kerry said at the Munich Security Conference.

That U.S.- and Russia-brokered truce is set to take effect at the end of the week. Thing is, it doesn't involve any of the warring parties. Neither the Assad regime nor the rebels signed it.

The now five-year-long civil war in Syria has left an estimated 250,000 dead. Another 11 million have been displaced.