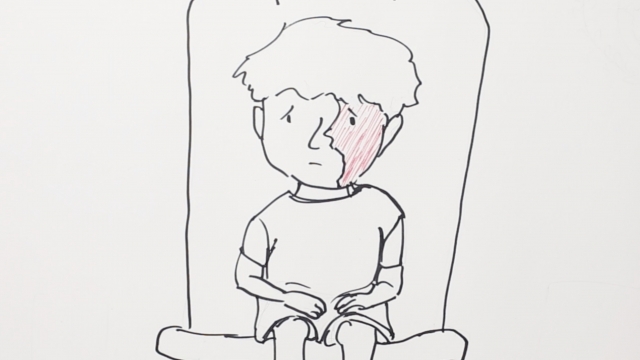 SMS
Children In Syria Grow Up Knowing Nothing But War

By Jake Godin
September 14, 2016
There are more than 8 million Syrian children in need of aid. A Syrian doctor describes life for some of those who've grown up with the conflict.
SHOW TRANSCRIPT

This is an illustrated interview with Dr. Zaher Sahloul of the Syrian American Medical Society.

"So one child, who was 5 years old, who was basically born before the crisis but spent most of her time under siege, Daraya has been under siege for more than three years."

"So someone gave her a cookie in the bus. … And she look at the cookie and she did not understand what is this cookie. Then she ask her father, 'What is this?' He said, 'This is a cookie; you can eat it.' And she ask him, 'But you told me we eat cookies only in heaven.'"

"Imagine a child who has not seen a cookie or chocolate or milk or eggs."

"Imagine children who have been living in these circumstances for three or four years right now with no end in sight, with no hope in the future."

"Yes we probably celebrated that Omran made it, and he had only a small cut which was sutured. But many other children did not have that luck that Omran had. And as the international community, we have to be responsible with what is happening because these things are preventable."