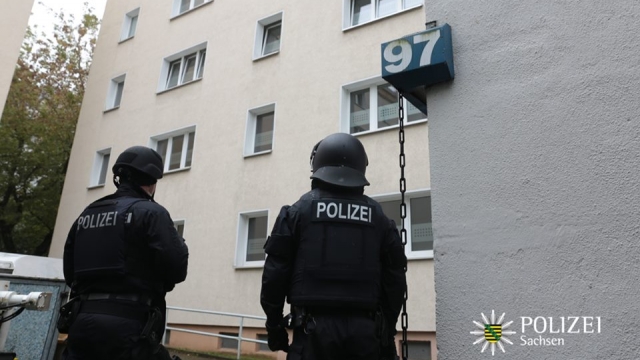 A 22-year-old Syrian man was arrested in Germany early Monday morning on suspicion of planning a bomb attack.

A manhunt was launched to find Bakr, who was arrested at a different apartment complex two days later. Police were clued into Bakr's location by other Syrian refugees.

Germany's intelligence bureau had reportedly been aware of Bakr for several months but only learned about the potential bomb attack a few days ago.

A mosque and a conference center were both bombed last month in Dresden, Germany, which is only about 90 minutes away from where Bakr was arrested.

As of Monday morning, police had not commented on what the potential target for the bomb plot was or Bakr's motives.