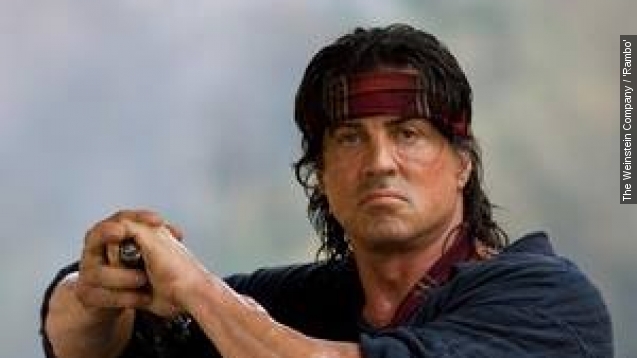 Hot off his critically acclaimed reprisal of one iconic character — Rocky Balboa — Sylvester Stallone is potentially stepping into the shoes of another.

According to reports, Fox and Sly are bringing "Rambo" to TV. The actor is on board to executive produce the new series, which will be called "Rambo: New Blood."

The show will center around Rambo and his son, who was never featured in the films. And we're not totally sure Stallone will return to the role, either.

Without adjusting for inflation, the four-part "Rambo" franchise has earned over $727 million worldwide and the role is obviously one of Stallone's most memorable characters.

Fox wouldn't be the first network to attempt a TV series based around the iconic films. There was also an animated series in 1986 called "Rambo: The Force of Freedom." Though it was later canceled, the series was the first cartoon to be based on an R-rated film.

But this is no kid's show, and Fox really seems to love rebooting Sylvester Stallone action movies. An "Expendables" limited series is also in development at the network.