A Swedish Church Wants To Evangelize The Middle East — Via Drones 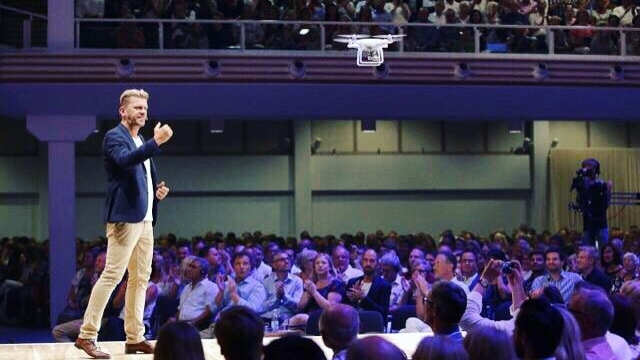 An evangelical church in Sweden is looking to convert Muslims in the Middle East to Christianity.

And it's planning to use military drones to do so.

The Livets Ord church, whose name translates to "Word of Life," announced this week it's going to use the drones to release thousands of small, electronic Bibles into closed areas in the Middle East.

The church's mission director told local news station SVT the Bibles are the size of pill boxes and don't require any electricity to work.

And they'll reportedly be dropped from a high altitude by a contractor hired by the church.

Since the announcement, Livets Ord's project has faced criticism from several media outlets for attempting an "attack" of sorts on ISIS.

But the church's senior pastor said in a blog post: "This is not a political statement, nor a spiritual counter attack on terrorism. What we want is to make the message of God's love available to people who need it more than most."

It's unclear if the church or its contractor would need security clearance to carry out the Bible drops. Livets Ord says it hopes to begin the mission in the next few weeks.

This video includes clips and images from Livets Ord, and an image from Getty Images. Music provided courtesy of APM Music.