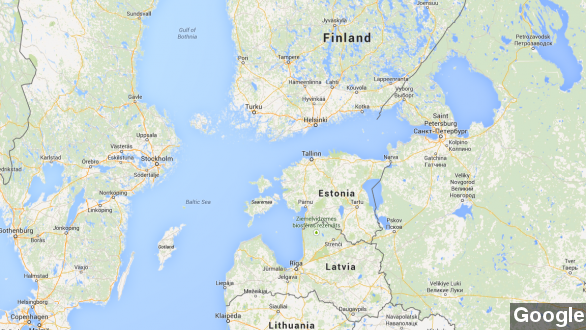 Swedish officials have called off the search for a foreign submarine suspected of covertly entering the country's waters. The search was the nation's largest anti-submarine effort since the Cold War.

Sweden's top military officer released a statement saying the country has proof a foreign submarine had "seriously and unacceptably violated" its territory, but could not confirm the nationality of the alleged intruder.

Russian officials denied the country had anything to do with it, instead suggesting it was a Dutch vessel, something the Netherlands has also denied.

Sweden's prime minister called the intrusion "totally unacceptable." So why is this incident so important?

Tensions have been raised in the Baltic region, with many questioning Russia's intentions towards nearby nations since the beginning of the conflict in Ukraine. (Video via Euronews)

There are also historical tensions at play here. In the 1980s, Sweden regularly suspected Soviet submarines of entering the waters near its naval bases.

Sweden started building up its anti-submarine force after a Soviet submarine ran aground on its south coast in 1981. A writer for USNI News calls that "the most important moment" of the Cold War for the Scandinavian nation.

While Swedish officials were careful not to name any suspected countries, former Royal Navy Rear Admiral Chris Parry mentioned Russia's past actions several times during an appearance on Sky News.

While Sweden is not a member of NATO, according to the BBC it has recently tightened ties with the alliance and increased its military spending.