Sweden Attack Might Be Linked To Gothenburg Gang War 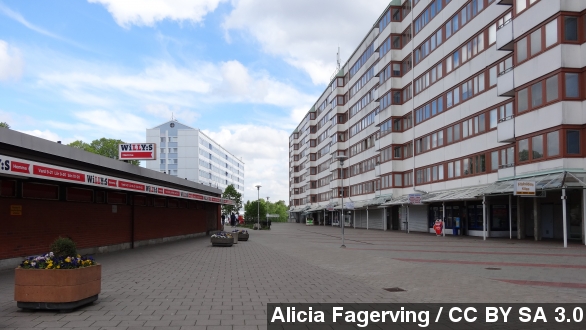 Two people are dead and several more wounded after a shooting in the Swedish city of Gothenburg on Wednesday night.

Two gunmen reportedly opened fire on the bar while patrons were watching a soccer match, killing two and injuring some 15 others. (Video via SVT)

The shooting happened in the district of Biskopsgården, a relatively dangerous district in Gothenburg, which is no stranger to shootings.

In September of 2013, two men were killed at a bus stop in what authorities described as part of a gang war dating as far back as 2007. (Video via Aftonbladet)

Swedish authorities have suggested Wednesday night's shooting could also be gang-related, although it's too early to say for sure.

In the immediate aftermath of the shooting, there was speculation online that the shooting could have been the work of terrorists.

That's not surprising, given the high-profile nature of recent attacks in Paris and in neighboring Denmark. (Video via TV2)

But shootings aren't uncommon in Sweden, with The Local's Swedish edition reporting there are gangs, including, "Hells Angels, Bandidos and several immigrant groups which battle for control of the country's drug trade."

Biskopsgården in particular has faced the brunt of these attacks, in part because of high unemployment in the area.