Suspected Supplier Of Guns In San Bernardino Shooting Has Been Charged 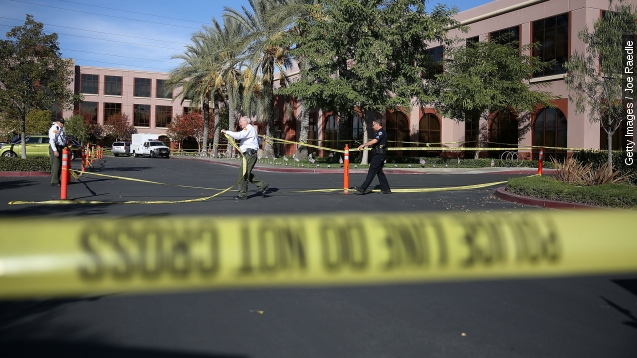 The man who allegedly bought the guns used in the San Bernardino, California, shooting has been arrested as part of the investigation.

Officials said Enrique Marquez is facing charges of conspiring to provide material support for crimes of terrorism and making a false statement in connection with acquisition of firearms related to the shooting.

The 24-year-old former neighbor and friend of Syed Farook and Tashfeen Malik was reportedly asked to buy two assault rifles for the couple sometime in late 2011 or early 2012. (Video via KABC)

Those rifles were eventually used in the deadly attack on the Inland Regional Center that killed 14 people and injured more than 20. Farook and Malik were killed in a shootout with police following the attack. (Video via KTLA)

Marquez reportedly told investigators he and Farook collaborated on another planned attack in 2012, but called it off.

Federal agents questioned Marquez after the attack and said he was cooperative, providing investigators with previously unknown information.