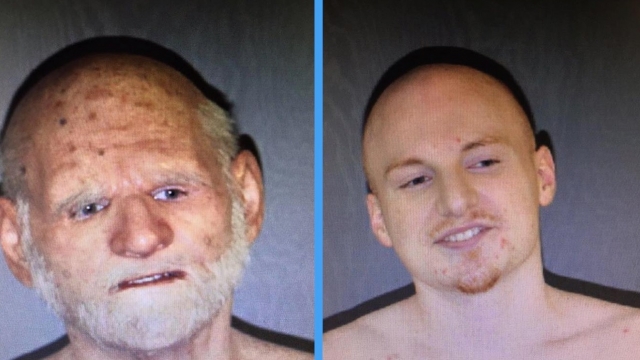 SMS
A Suspected Drug Dealer Was Captured Looking 40 Years Older
By Cliff Judy
By Cliff Judy
August 20, 2016
A Massachusetts man was reportedly disguised as an elderly fellow when police arrested him.
SHOW TRANSCRIPT

This is the man whom police in Massachusetts found at a Cape Cod home on Thursday while they looked for a suspected drug dealer in his early 30s. This is the suspect himself. Turns out, they're the same guy.

Shaun Miller was apparently very aware police were looking for him and very prepared when they found him.

The Justice Department says Miller was wearing this when officers surrounded his house and demanded he come out. There's no mention of how long it took for officers to realize the "elderly man" was really Miller, but they did end up cuffing him.

For all the cleverness behind a really effective disguise, federal agents aren't laughing.

In April, federal prosecutors charged Miller and 12 other suspects with dealing meth up and down Cape Cod, which has some of the highest overdose rates in the state.

Heroin overdoses have increased dramatically in the U.S. the past several years as opiate addiction skyrocketed and as heroin has provided a cheap way to get high. New England media outlets have covered the epidemic a lot.

So clever disguise or not, the elderly man on the left and the real one on the right are facing some serious charges now that police found him.