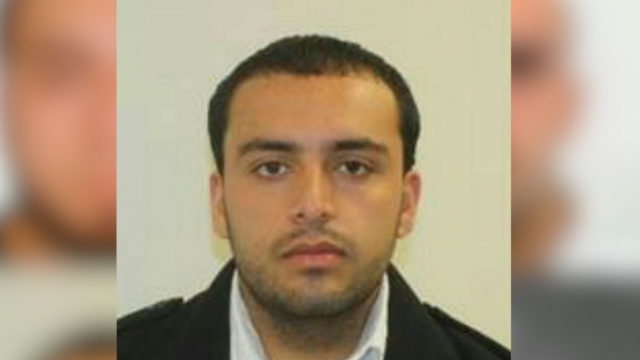 A person of interest in the bombings that took place over the weekend in New York and New Jersey is now in custody.

Ahmad Rahami was captured Monday morning — just hours after law enforcement officials released these photos of him. They told the public he should be considered armed and dangerous.

According to multiple outlets, the 28-year-old was involved in a shootout with police in Linden, New Jersey, before they brought him into custody. At least one officer was shot but doesn't have life-threatening injuries.

Investigators raided what is believed to be the suspect's apartment in Elizabeth, New Jersey, early Monday morning. The raid followed the discovery of explosives in a trash can near a train station in the same community. WPIX captured this video of one explosive detonating while bomb squad robots were investigating it.

As of Monday morning, authorities had not officially confirmed if all three of the bombing incidents are linked.