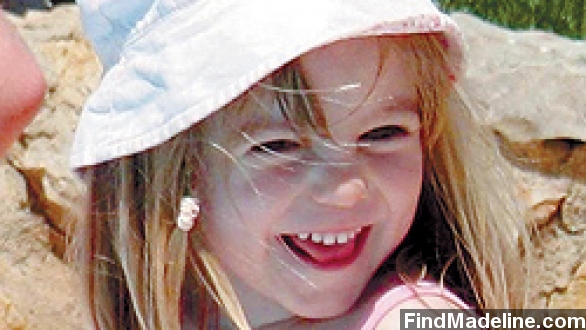 According to several reports, a suspect that police have been working to track down in the 2007 disappearance of Madeleine McCann is dead.

Portugese investigators announced earlier this week that they were looking for information on a specific man in connection with the 3-year-old British girl's possible abduction. (Via CNN)

She was last seen on vacation with her family in a Portuguese resort town nearly seven years ago. (Via ABC)

"Police say they hope to find a man accused of breaking into vacation homes of British tourists in Portugal and sexually assaulting five young girls between 2004 and 2010." (Via NBC)

Days later, a source close to the investigation told The Guardian that man had died five years ago in a tractor accident.

But a lot of this information apparently wasn't anything new to investigators.

The suspect, who several media outlets have identified as 40-year-old Euclides Monteiro, made headlines back in November 2013 after Portuguese police named him as a suspect in Madeleine's disappearance. (Via The Daily Mirror)

But a source told The Guardian information about a possible connection between Monteiro and the five sexual assaults in that area was not made public at the time.

Monteiro worked at the Portuguese resort where Madeleine vanished from, though he was fired the year before she went missing. (Via Euronews)

Though police are reportedly still working on gathering information about the sexual assault claims, they say they haven't made any "definitive conclusions" about Monteiro. Authorities from both Portugal and the U.K. have been searching for more evidence ever since the case was reopened back in October.