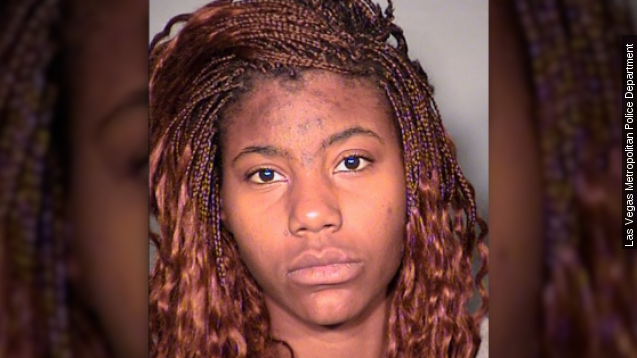 The suspect in an intentional crash on the Las Vegas Strip is facing a murder charge.

KTNV reports a woman named Jessica Valenzuela died and at least 36 were injured.

"We're not 100 percent ruling out the possibility of terrorism. The intentional act that occurred on the boulevard is going to be, is going to be very hard for us to explain," Las Vegas Sheriff Joseph Lombardo said.

Police arrested 24-year-old Lakeisha Holloway of Oregon in connection with the deadly crash. She's been charged with murder, child abuse and felony hit-and-run.

Authorities say Holloway had a 3-year-old child in the car at the time of the incident. The child was uninjured.

Crash survivor Anthony Hamel told KTNV: "There's people down there who really had, like, big problems. I saw some people. ... I'm wondering if they're good, how their life will be just because of this."