Suspect Drives Into Crowd Of Pedestrians On Las Vegas Strip 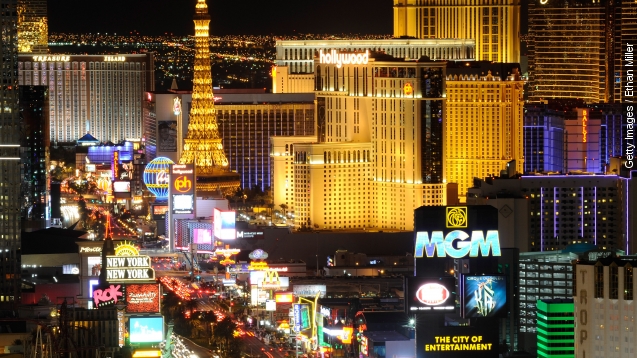 SMS
Suspect Drives Into Crowd Of Pedestrians On Las Vegas Strip
By Zach Toombs
By Zach Toombs
December 20, 2015
At least one person is dead and 36 injured after a woman drove into the crowd.
SHOW TRANSCRIPT

Police say a car drove into a crowd on the Las Vegas Strip late Sunday.

KTNV reports one dead and at least 36 injured.

"Based on her movements in the vehicle, it appears to be an intentional act," Sheriff Joseph Lombardo said in a statement.

Authorities say the 20-year-old suspect had a 3-year-old child in the car at the time of the incident.

Crash survivor Anthony Hamel told KTNV: "There's people down there who really had, like, big problems. I saw some people. ... I wondering if they're good, how their life will be just because of this."