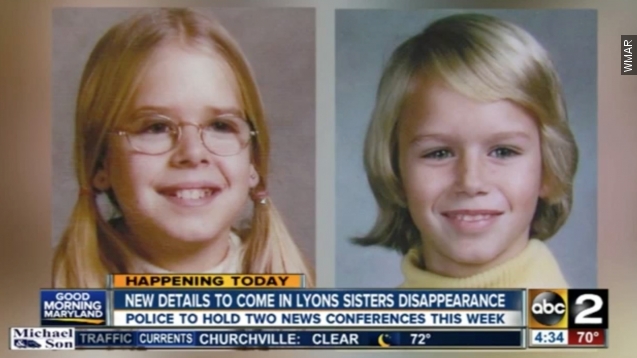 In 1975, two sisters in Maryland went on a walk together for lunch and never came home. Now, 40 years later, there's an update to the case:

Katherine and Sheila Lyon were just 10 and 12 years old at the time of their disappearance. Lloyd Welch was named as a person of interest in 2014 and admitted to leaving a mall with the sisters.

The Washington Post says Lloyd Welch said he witnessed his uncle, Richard Allen Welch, sexually assault one of the girls.

"I don't know that any parent or any family member can ever be relieved to find out that their children have been murdered. I think it is appreciated of all the law enforcement and ... efforts that have been made in this case," a spokesperson at the press conference said.

Richard Welch hasn't been charged in the case.