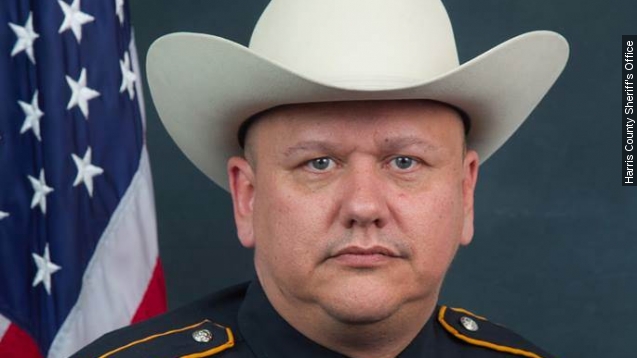 Thirty-year-old Shannon J. Miles has been charged with murder in the shooting death of a Texas police officer Friday night.

Miles is accused of shooting Harris County Sheriff’s Deputy Darren H. Goforth in what police officials are calling “an unprovoked execution-style killing.” Goforth was filling his patrol car with gas at the time.

According to police reports, the shooter opened fire with no warning, and fired several more shots when Goforth had fallen to the ground. (Video via KTRK)

Goforth was on duty at the time. Police have not yet said what the motive for the attack was.

At a news conference Harris County Sheriff Ron Hickman said Goforth was only a “target because of his uniform.

Miles has several criminal charges in his past, including disorderly conduct with a firearm and resisting arrest.

This video includes images from the Harris County Sheriff's Department.