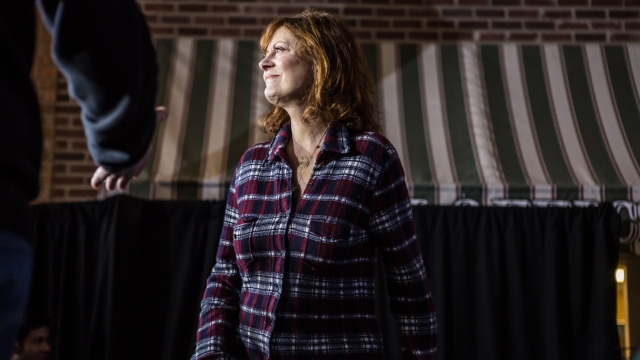 SMS
Susan Sarandon Says She Might Not Vote For Clinton If Sanders Loses
By Jake Godin
By Jake Godin
March 29, 2016
The actress isn't alone — a recent poll shows a lot of Bernie Sanders supporters are going Bernie or bust.
SHOW TRANSCRIPT

"I think a lot of people are: 'Sorry, I just can't bring myself to do that,'" Sarandon said on "All In With Chris Hayes."

"How about you, personally?" Hayes asked.

And she's not the only one — a lot of people agree with going Bernie or bust.

And about 66,000 people have signed an online "Bernie or Bust" pledge.

But if #BernieorBust goes bust, then Sanders supporters may still join the #NeverTrump movement.

A USC Dornsife/Los Angeles Times poll found close to 8 in 10 Sanders supporters said they'd vote for Clinton in a race against Trump.

This video includes images from Getty Images and music "nesting" by Birocratic (http://birocratic.bandcamp.com).