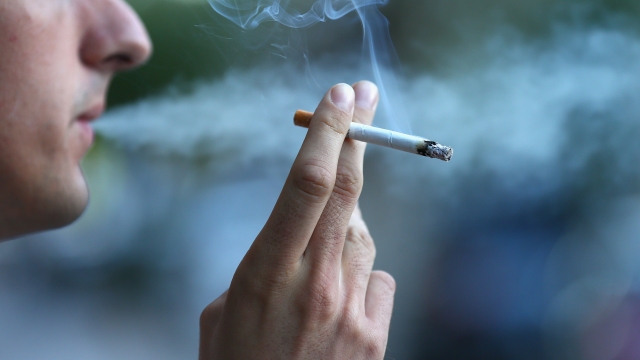 SMS
It Doesn't Look Like Surviving Cancer Always Leads To A Healthy Life
By Ryan Biek
By Ryan Biek
September 6, 2016
A newly published study compared the lifestyle choices of cancer survivors and those with no history of the disease.
SHOW TRANSCRIPT

Researchers at the University of Oklahoma compared more than 45,000 cancer survivors against over 400,000 participants who had no cancer history.

Skin cancer was the only form of the disease excluded from the study.

In terms of weight and diet, roughly two-thirds of both survivors and those in the control group were overweight or obese. Around 80 percent of both groups didn't get the recommended daily servings of fruit and vegetables.

Smoking rates among male cancer survivors were lower, but women who'd survived the disease were more likely to smoke compared to women who had no cancer history.

Male cancer survivors were less likely to drink heavily compared to their gender's control group, but cancer had little effect on how much women drank.

And physical inactivity was significantly higher for cancer survivors, regardless of gender.

All the lifestyle choices we mentioned are among the American Cancer Society's recommendations for cancer survivors.

An estimated 14.5 million cancer survivors are in the U.S., and that number is expected to increase.