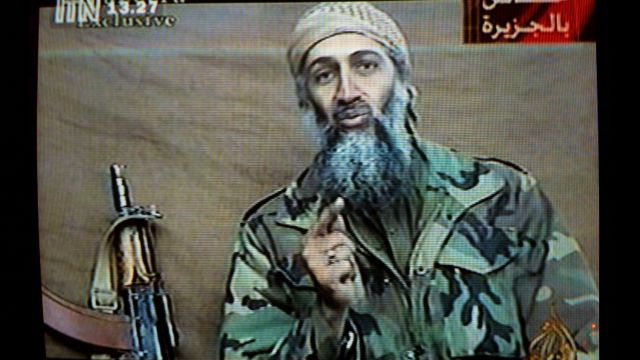 SMS
Surprise, Surprise: Osama Bin Laden Willed All His Money To Jihad
By Jake Godin
By Jake Godin
March 1, 2016
The FBI released a tranche of declassified documents taken from Osama bin Laden's compound, one of them a will from the former Al-Qaeda leader.
SHOW TRANSCRIPT

That's according to documents released by the FBI.

They were taken from bin Laden's compound after it was raided.

In his will, bin Laden asked that the millions he left in Sudan be spent on jihad, specifically.

He also wrote a letter encouraging Americans to overthrow the U.S. government.

This is the second batch of documents released by the FBI. In all, the FBI has declassified 216 documents taken from bin Laden's compound.