Surgeon General Urges Public To See Addiction As A Disease 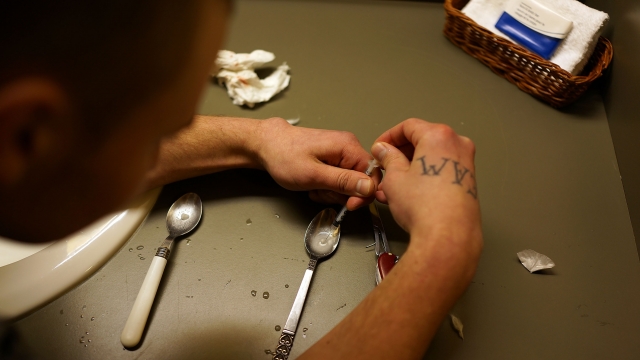 SMS
Surgeon General Urges Public To See Addiction As A Disease
By Ryan Biek
By Ryan Biek
November 17, 2016
In 2015, almost 21 million Americans –– about 8 percent of the population –– had a substance abuse disorder.
SHOW TRANSCRIPT

The surgeon general's first report on addiction urges the country to see it as a disease instead of a character flaw.

In the report released Thursday, he wrote, "It is a chronic illness that we must approach with the same skill and compassion with which we approach heart disease, diabetes and cancer."

Yet only about 2 million of those people received any kind of treatment.

One in 10 deaths among working adults are because of alcohol misuse. Tens of thousands of people die each year from harder drugs.

It's a strain on society, too. Between health care, criminal justice costs and lost productivity, substance abuse costs the U.S. economy $442 billion each year.

The cost is one reason the surgeon general is trying to remove the stigma. He noted every dollar invested in treatment for addiction saves $4 in health care costs and $7 in criminal justice costs.

But the report notes treatment, by itself, won't be enough to stop the addiction epidemic. It argues more prevention programs, professional counseling and even supportive relationships are also needed.