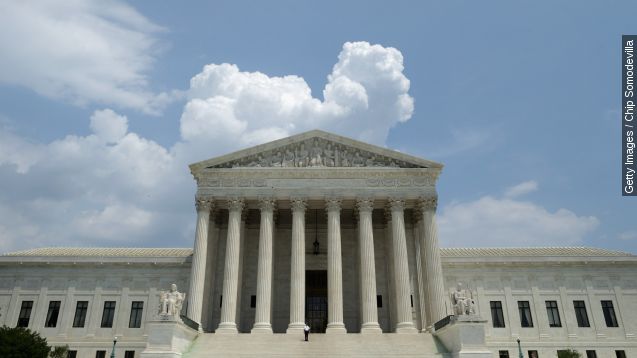 "The Affordable Care Act is here to stay,” President Obama said from the White House.

President Obama can breathe easy now. For the second time in three years, the U.S. Supreme Court has upheld a key part of his signature health care law.

The plaintiffs argued based on the way one section of the law reads, these subsidies should be available only to those who enroll in exchanges "established by the State."

Just 16 states have their own exchanges. The rest —  34 states — rely on the federal marketplace, Healthcare.gov. Had the court ruled against the Obama administration on this one, the roughly 6.4 million customers in those states could have lost their subsidies.

But that's not going to happen. The high court agreed with the White House that the law’s intent was to make subsidies available to all Americans who qualify, regardless of the state they live in.

As Chief Justice John Roberts wrote in his majority opinion: "Congress passed the Affordable Care Act to improve health insurance markets, not to destroy them. … If at all possible, we must interpret the Act in a way that is consistent with the former, and avoids the latter."

That argument didn’t persuade Justices Clarence Thomas, Samuel Alito and Antonin Scalia — with Scalia saying in his dissent, “We should start calling this law SCOTUScare.”

A likely reference to the court’s 2012 ruling, which upheld the law’s individual insurance mandate.

Also not pleased with the outcome? Just about every Republican presidential contender who chimed on Twitter Thursday to denounce the ruling.

This video includes images from Getty Images and the U.S. Supreme Court.