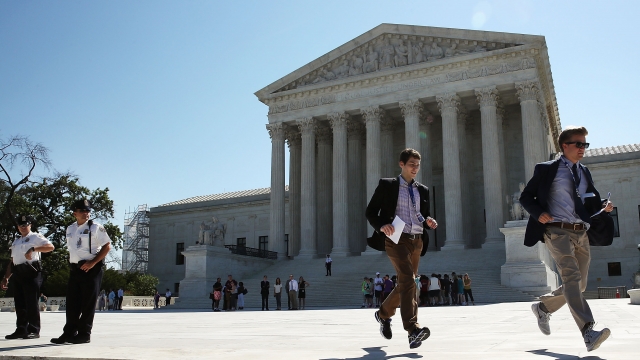 The U.S. Supreme Court just handed down a major win for affirmative action.

The court said the University of Texas' affirmative-action admissions program that partially considers race is constitutional.

The court said officials can consider race in admissions to promote diversity, but added, "It is the University's ongoing obligation to engage in constant deliberation and continued reflection."

The ruling in the case was 4-3. Justice Elena Kagan recused herself because she had previously worked on the case, and Justice Anthony Kennedy wrote the majority opinion.

The plaintiff in the case was a white woman who said she wasn't admitted to the University of Texas because of her race.

In a statement, she said, "I am disappointed that the Supreme Court has ruled that students applying to the University of Texas can be treated differently because of their race or ethnicity."