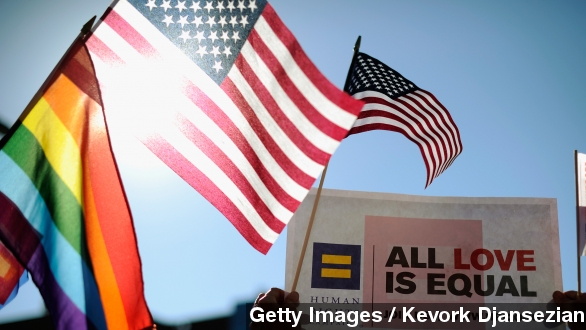 One of the biggest civil rights debates in recent years could soon be coming to an end. The U.S. Supreme Court announced Friday it will rule on whether the Constitution protects same-sex marriage.

The court has agreed to rule on challenges to same-sex marriage bans in four states.

The justices will hear arguments on two things: Whether the U.S. Constitution requires states to issue marriage licenses to same-sex couples and whether states have to recognize a same-sex marriage licensed by another state.

The most recent instances of same-sex marriage coming before the nation's highest court have come out in the favor of LGBT rights advocates. Back in June 2013, the Supreme Court struck down the Defense of Marriage Act, or DOMA, a federal ban on same-sex marriages.

And just last October, it declined to take up appeals cases from several states, which essentially allowed same-sex marriage in those states.

There are currently 36 states that allow gay marriage, and 14 that do not. The Supreme Court will hear arguments sometime this spring, with a decision expected by June.